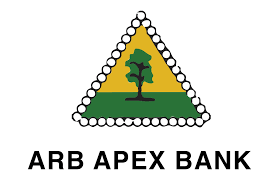 The ARB Apex Bank Limited is a “mini”-central bank for the Rural & Community Banks (RCBs). The Bank was registered as a public limited liability company in January, 2000. The shareholders are the RCBs.

It was granted a banking licence in June, 2001 and was admitted to the Bankers Clearing House as the 19th member in August, 2001. The Bank has 11 branch offices throughout the country, which are as follows: Accra, Cocoa House, Kumasi, Sunyani, Bolgatanga, Cape Coast, Takoradi, Koforidua, Hohoe, Tamale and Wa.